ALBUM: The Places of China

This summer I was given the amazing opportunity to travel through China for twenty one days. This album is the first of two and will focus on the places that I spent time at during my stay. 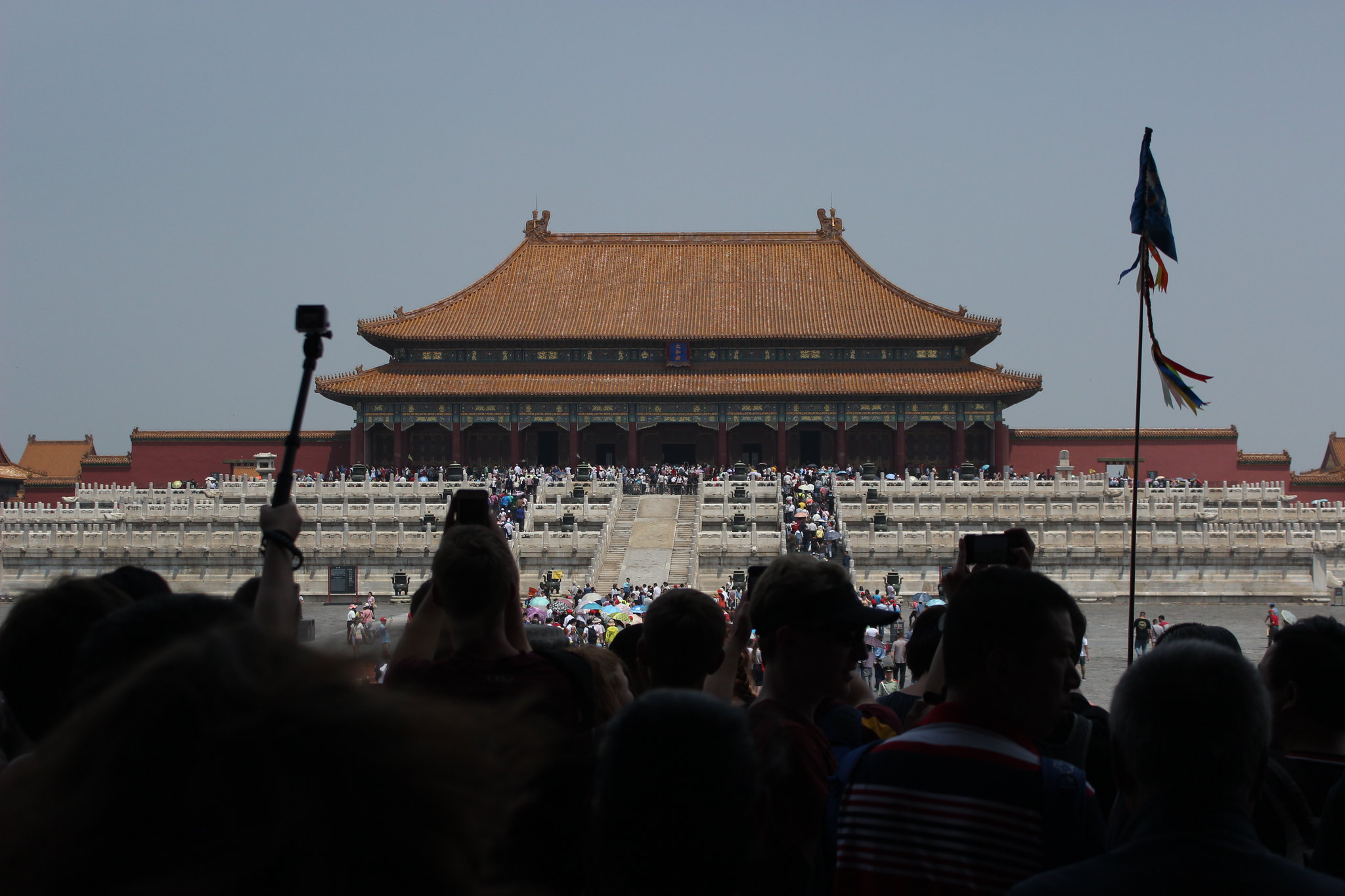 When I first arrived in China, I was overwhelmed by the shear number of people. I had never traveled outside of the United States before this moment, and here I was, in one of the largest cities in the world: Beijing. The Forbidden City, pictured above, is at the heart of this Asian Mecca. This historic place is a testament to the expansiveness of Chinese history. Today, around 100,000 people come through this site daily in hopes of looking 600 years back in time. 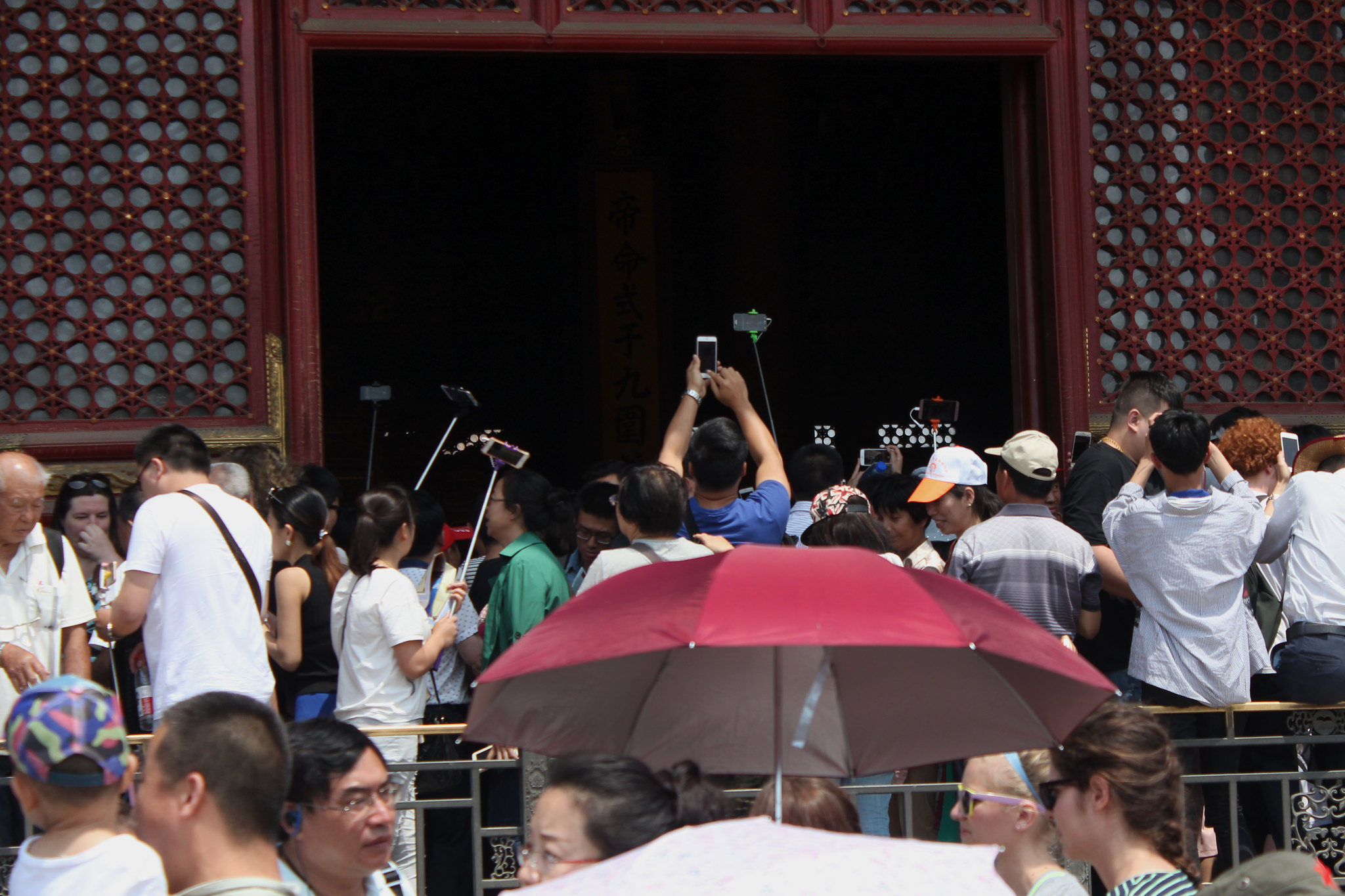 …and they bring selfie sticks, lots of them. The throng of Tourists at the Forbidden City and every other tourist attraction I visited were armed with the latest smartphones and were hungry to capture a piece of history. 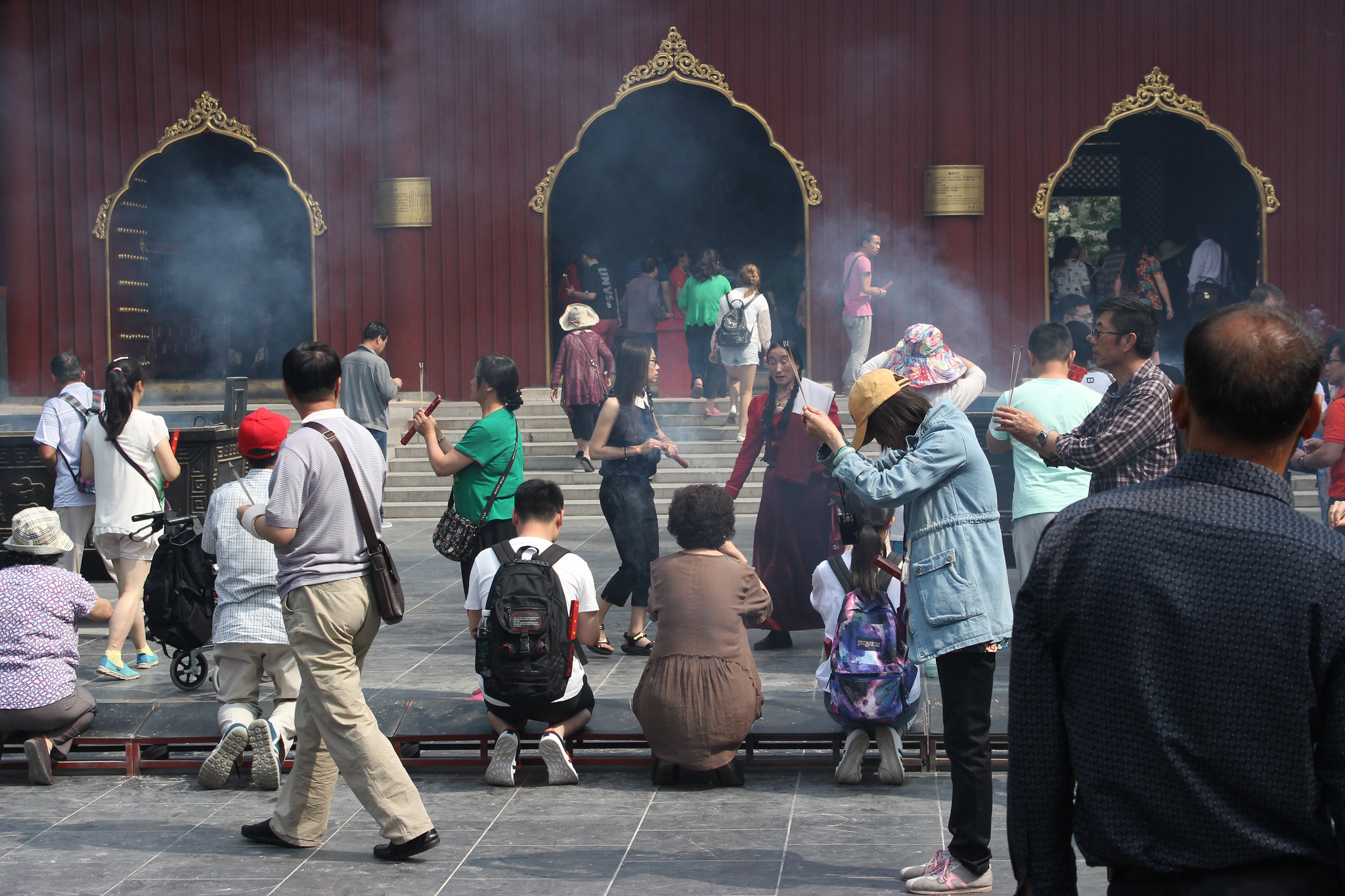 The following day, I visited the Lama Temple, a massive Tibetan Buddhist temple in Beijing. This temple is still an active Buddhist temple, but it attracts a substantial amount of tourists daily. 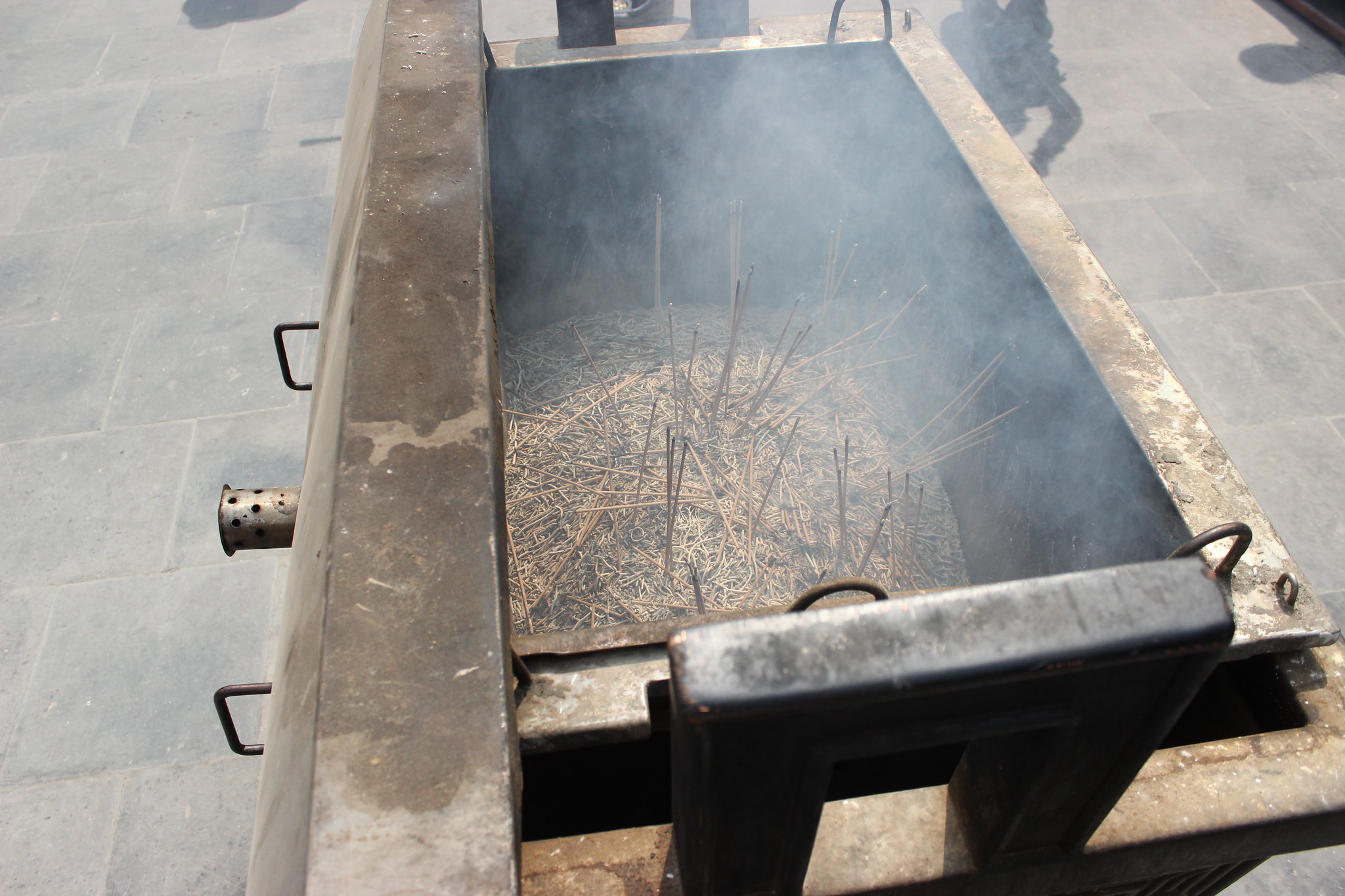 Visitors wishing to pray and pay their respects to Buddha burn incense at multiple spots while they slowly weave their way through the layers of the temple. The fine balance between simultaneously being an active temple and tourist attraction creates a juxtaposition between generations of thought, and it is interesting to see them interact. 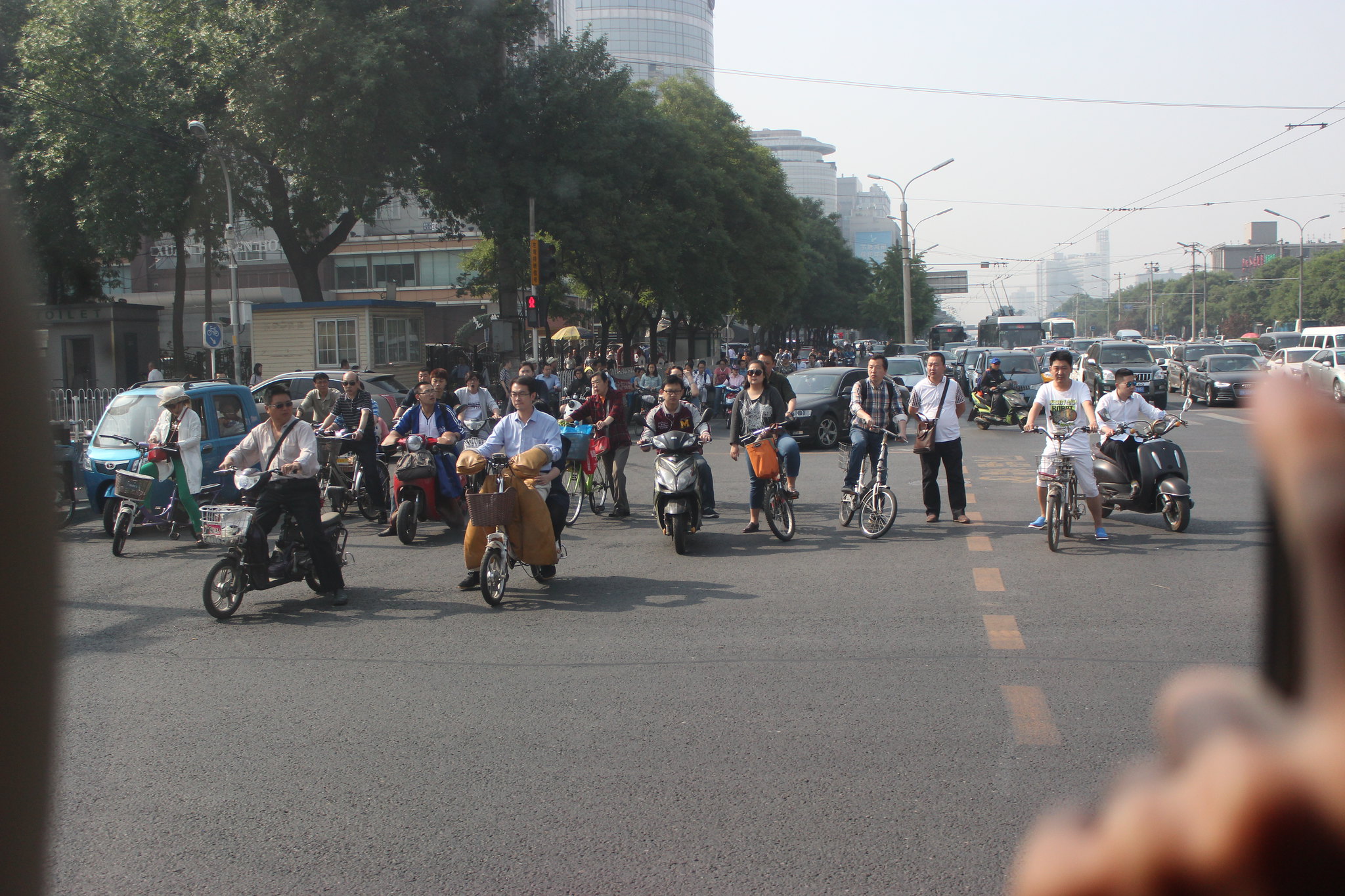 Bicycles and mopeds are a very popular form of above-ground transportation in Beijing, often having an entire side streets on major roads dedicated for their use. The intense clutter vehicles at one intersection at any given time is often overwhelming. Pedestrians are constantly cut off in Crosswalks and red lights are only a suggestion to stop. 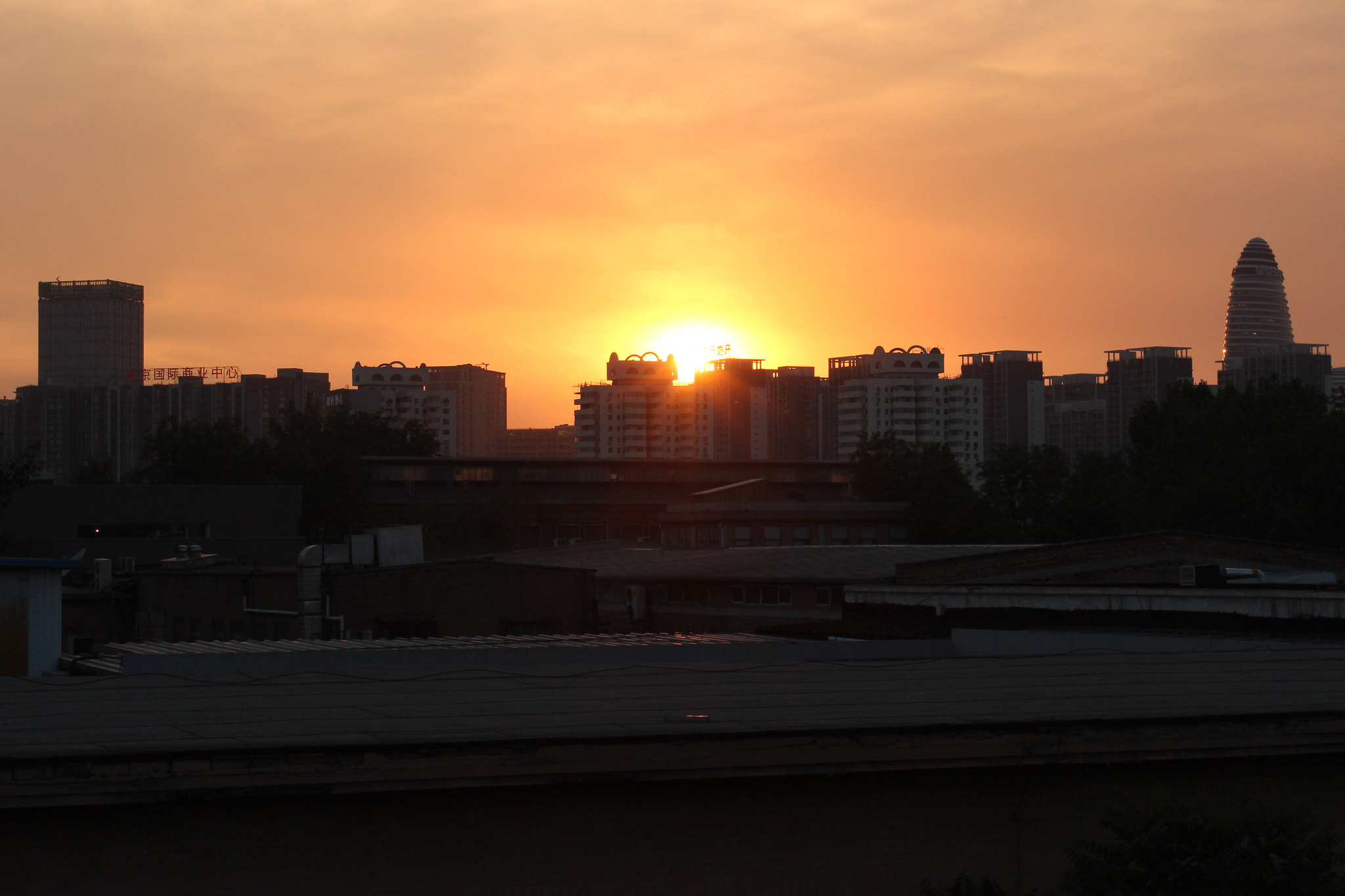 Even though Beijing is very overwhelming by nature, it is still a place packed with beauty. Evenings like this where the smog clears, takes away some of the stress of the city.

After almost a week in Beijing, I then traveled with my group to the Province of Guizhou in Southern China. This Confucian Temple holds over 600 years of history and it is almost eerie to see modern apartment blocks littering the skyline behind it. 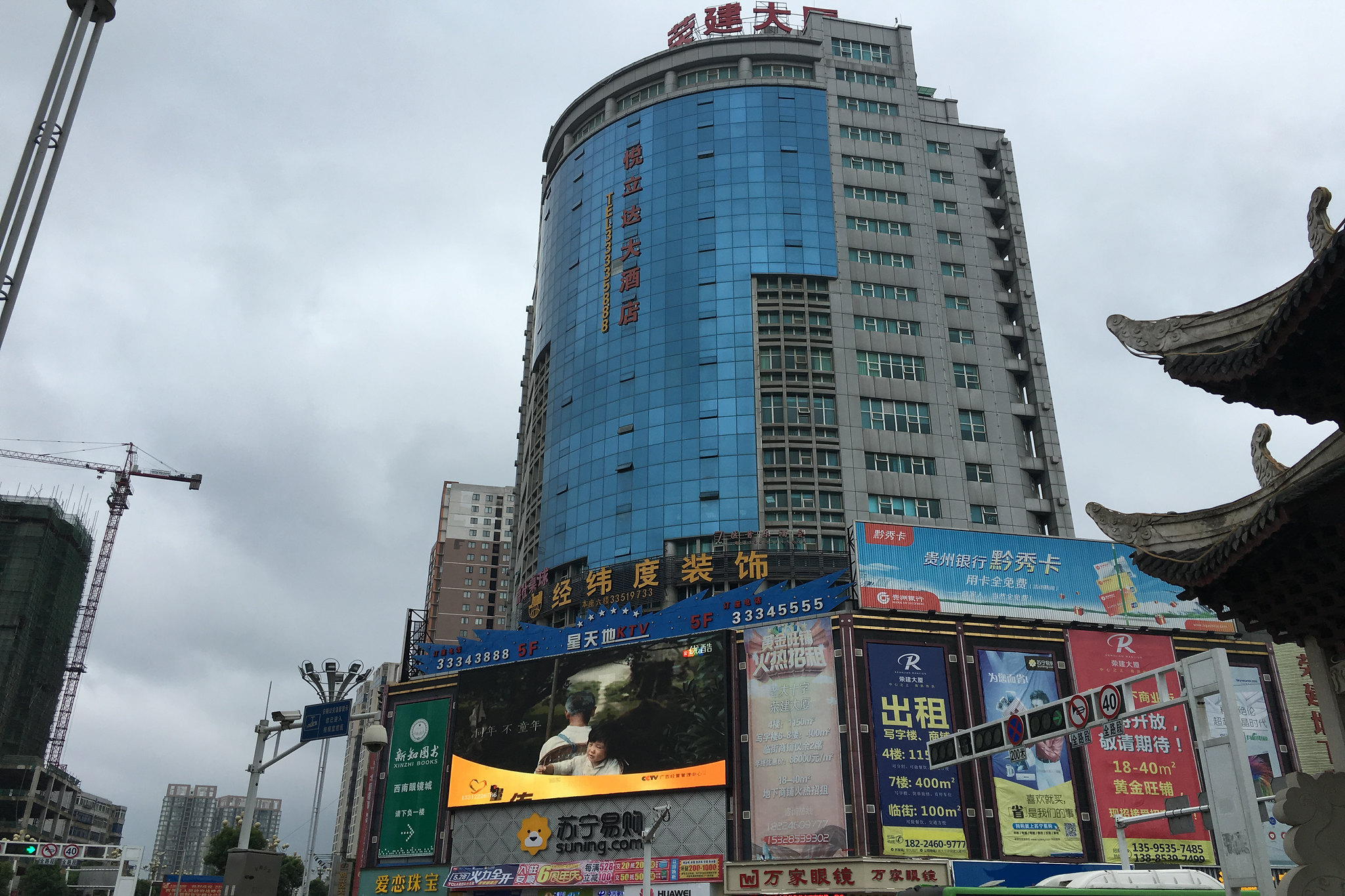 This hotel in Anshun was quite the operation! The first twelve floors of the building were a smorgasbord of random ventures ranging from insurance companies to a late night billiards bar, all connected by a filthy unlit staircase and a temperamental elevator that was suspiciously missing buttons for several floors. The rooms were very nice though! 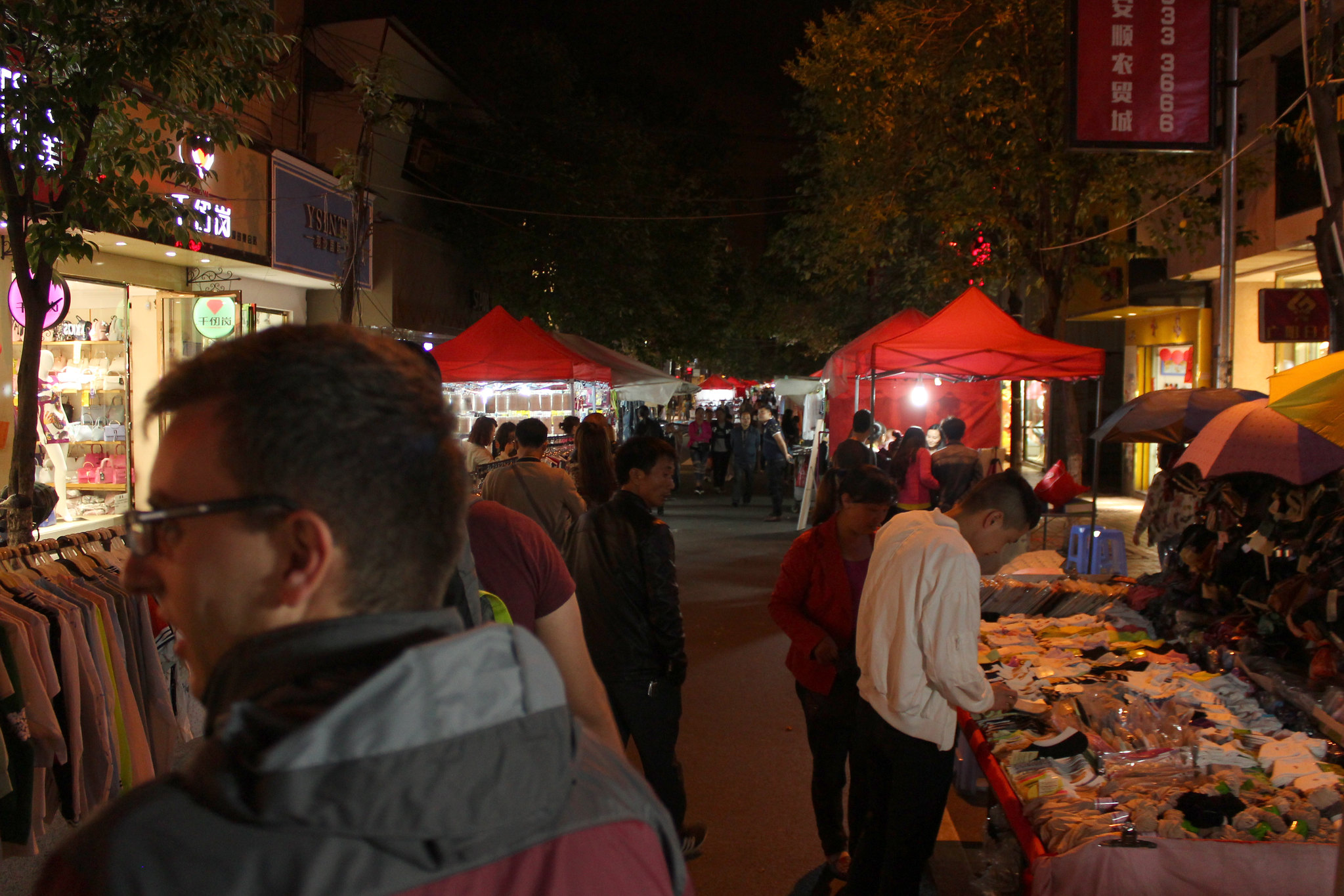 What amazed me about the city of Anshun was the number of small business. Hundreds of shops no bigger then a one car garage in San Francisco lined the sidewalks and filled the underground walkways. Every night, a street market would pop up that allowed hundreds of people to exchange goods on a hyper-local level. 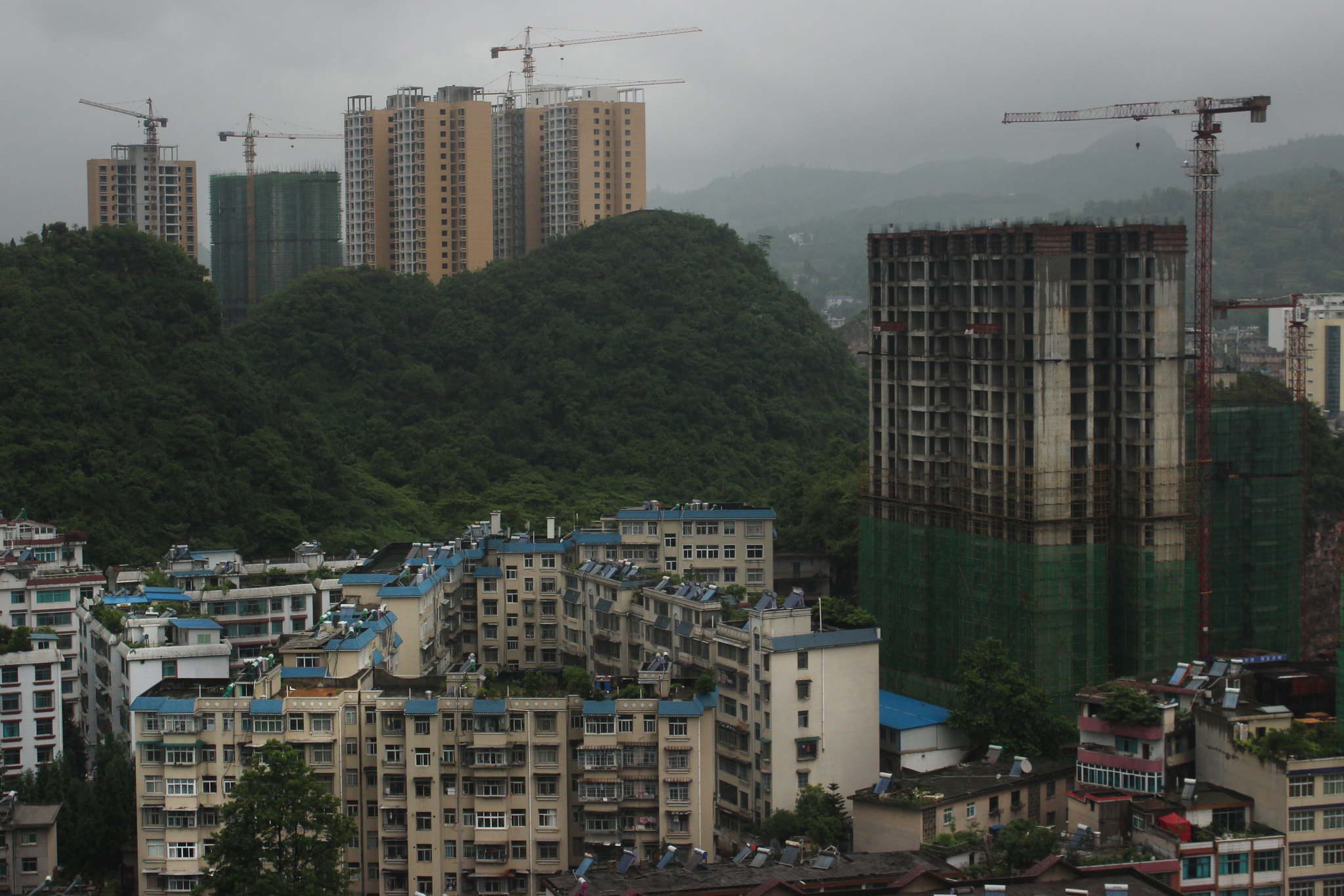 The street market above is a direct result of the face-paced urbanization that China is currently experiencing. Right now, just over half of China’s population lives in urban areas, but each year, the urban population grows by around three percent. That three percent calculates to millions of people moving to the cities each year, creating a massive need for housing projects like these ones in Liuzhi. The skyline of every city that I passed through in Guizhou Province was littered with cranes and tall structures like these. 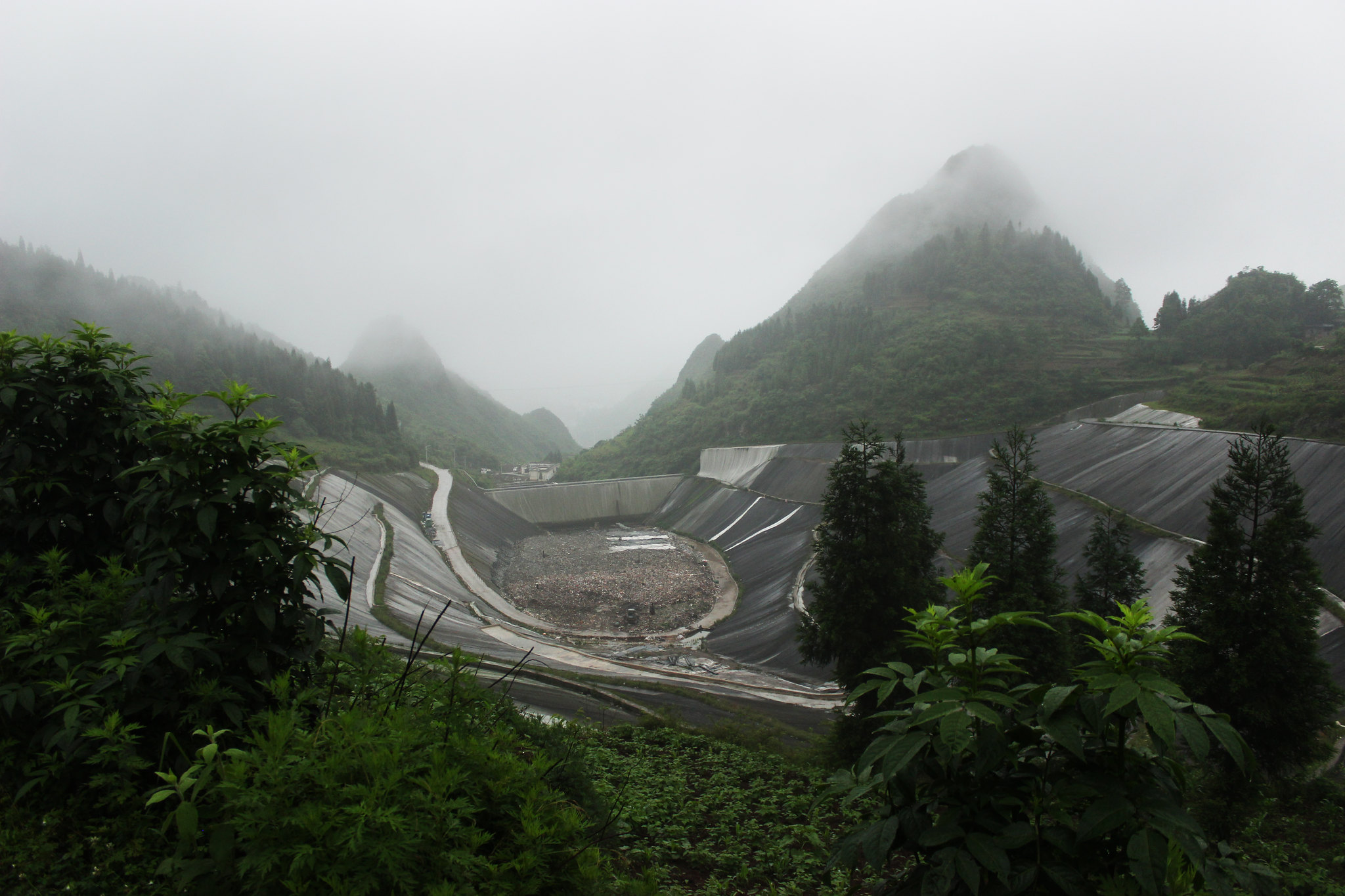 This rapid urbanization does not come without consequences. This landfill in Liuzhi was built in recent years to accommodate the growing waste demands of the city. Unfortunately, the Karst landscape of the area makes managing water flow virtually impossible. This landfill has led to water pollution that cannot be tracked. The landfill’s existence is also much to the chagrin of the local villagers, one of them being the family of our tour guide. Guizhou Province 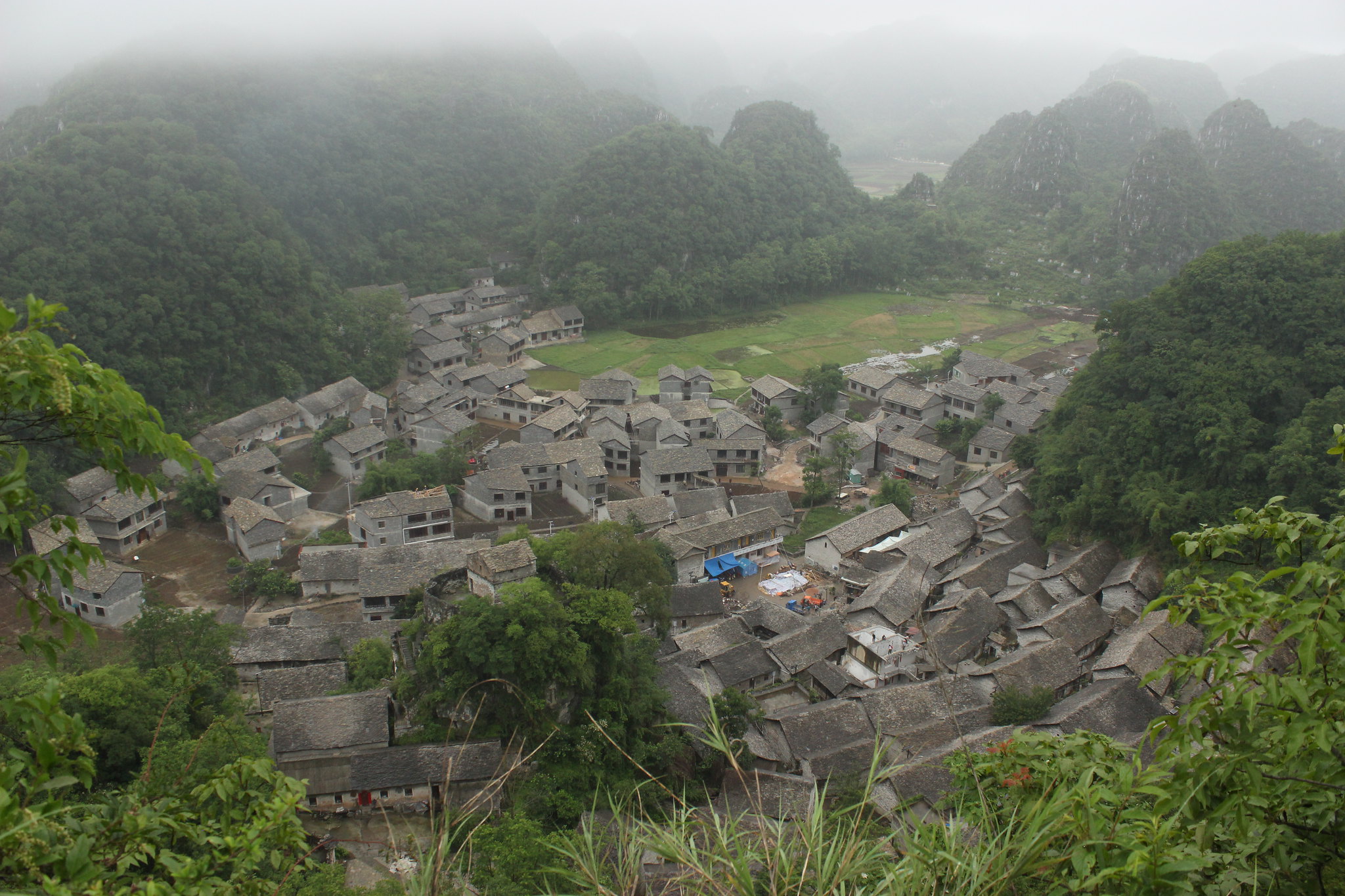 In Guizhou, the rural villages are also trying to sustain themselves during this period of urbanization. This has led to an interesting trend of active villages turning themselves into tourist attractions. This village in Guizhou Province is inhabited by one of China’s ethnic minorities and was completely renovated by the local government. The village was set to open up to the public 7 days after I visited. 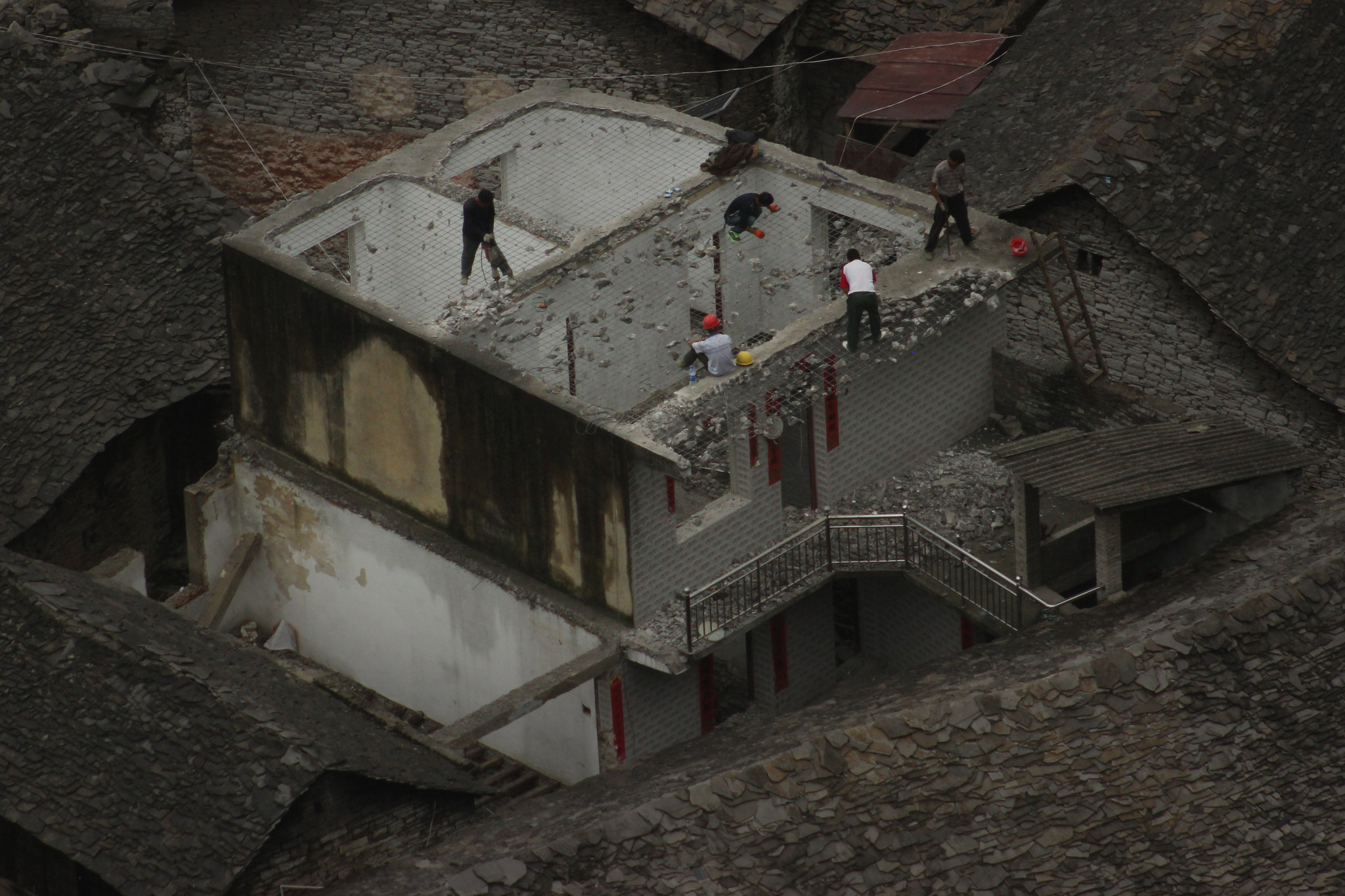 One of the last original houses being renovated to imitate an older style of building that is more attractive for tourism.

The motorcycle helmet of one of the villagers protects a cigarette for later consumption. Smoking in China is still extremely widespread. I watched people smoke in ever place imaginable and I was even offered cigarettes from a tray while attending a wake in a village. The government is running an aggressive anti-smoking campaign in the cities, but “no smoking” signs are generally disregarded. 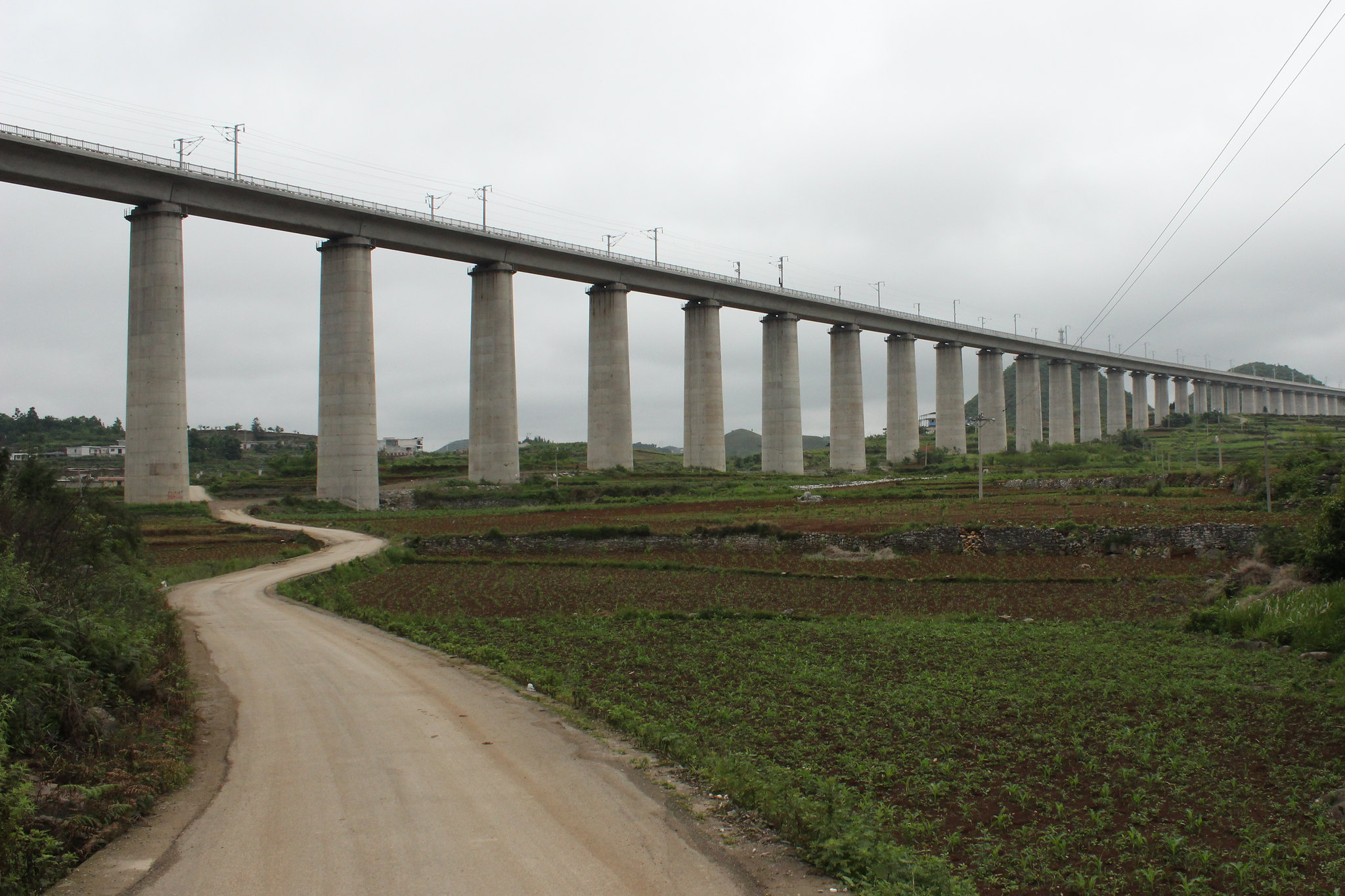 I passed under this massive bullet train bridge after leaving the tourism village. This impressive infrastructure project is part of a train line that will eventual connect Beijing to Bangkok. As of right now, ground travel and trade from China to southern Asia is basically impossible. This is a truly massive project because nearly 80% of this train track will be either bridges or tunnels due to how mountainous the region is. 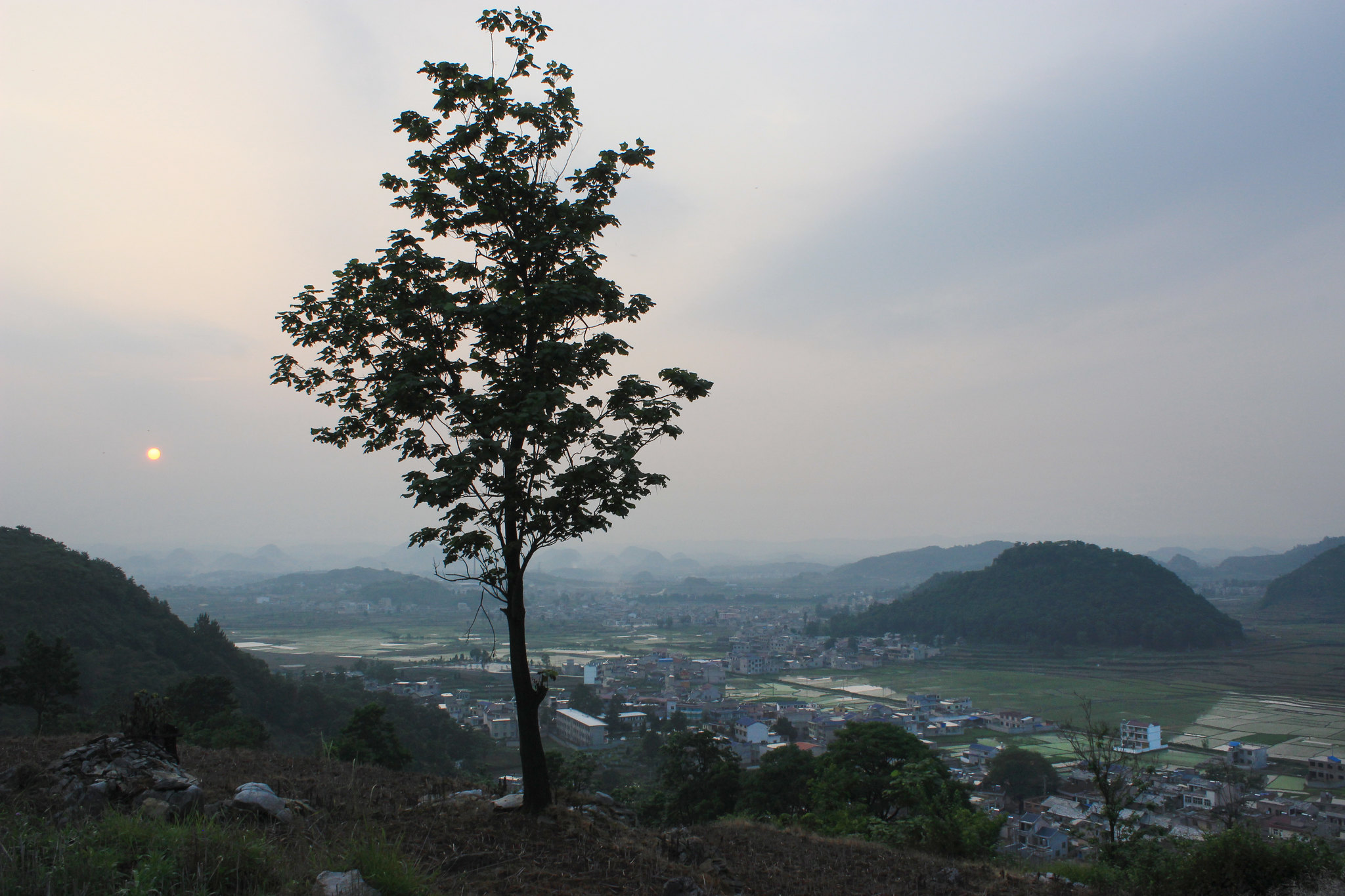 During my time in Guizhou Province, I stayed in a home stay for 5 days in a village called Jichang. This village was mainly inhabited by rice farmers, along with others who slaughtered pigs, made tofu or ran markets. Life in the village is dramatically different then the in the cities of Anshun and Beijing. The older generation of adults run the village and raise grandchildren while most of the young adults move to the cities to study or work. This family dynamic has been in place for generations, but the future of these villages is uncertain as more and more people chose to stay in the cities permanently. 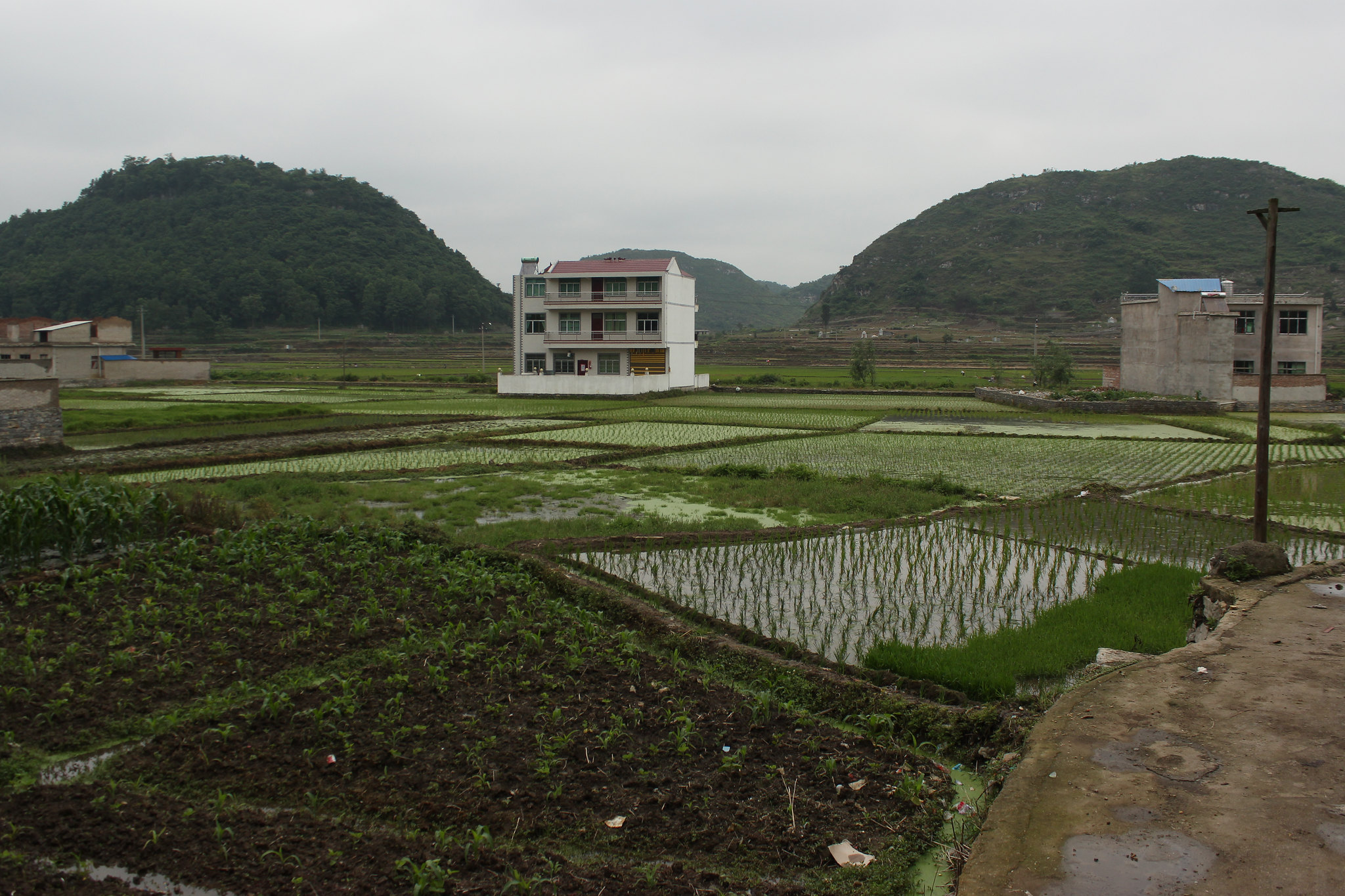 For now though, the village remains a prosperous place and it is likely that people will live here for the foreseeable future due to the way citizens are classified in China. In the 1950’s, China began a controversial land reform that took all of the land in the country and redistributed it with the classifications of urban and rural. Because of these peculiar policies, Chinese people born in villages can only ever rent property in cities and residents of the city are prohibited from moving to the countryside. The land that this village is built on is owned by a collective group of people and cannot be sold freely. 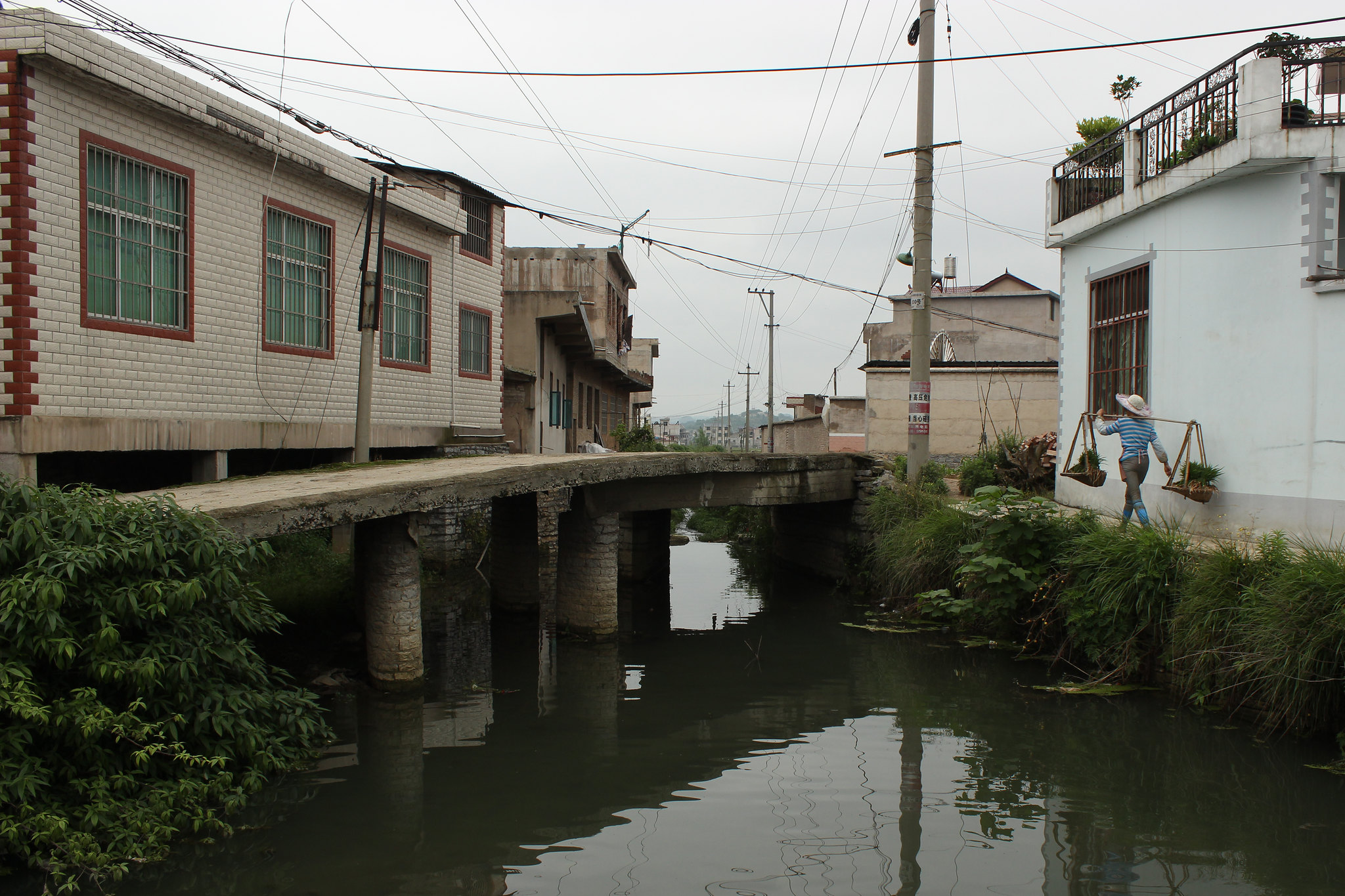 My stay in the village of Jichang was eye opening. Despite the large language barrier and the feeling of being on parade ever time I entered the streets, I still felt a connection to the people there. The villagers were eager to shows us their way of life and introduce us to the people they loved. This acceptance by total strangers in rural china will always stick with me. There are certain similarities that we share with all people in the world, and those similarities should be embraced, even with different languages. Guizhou Province 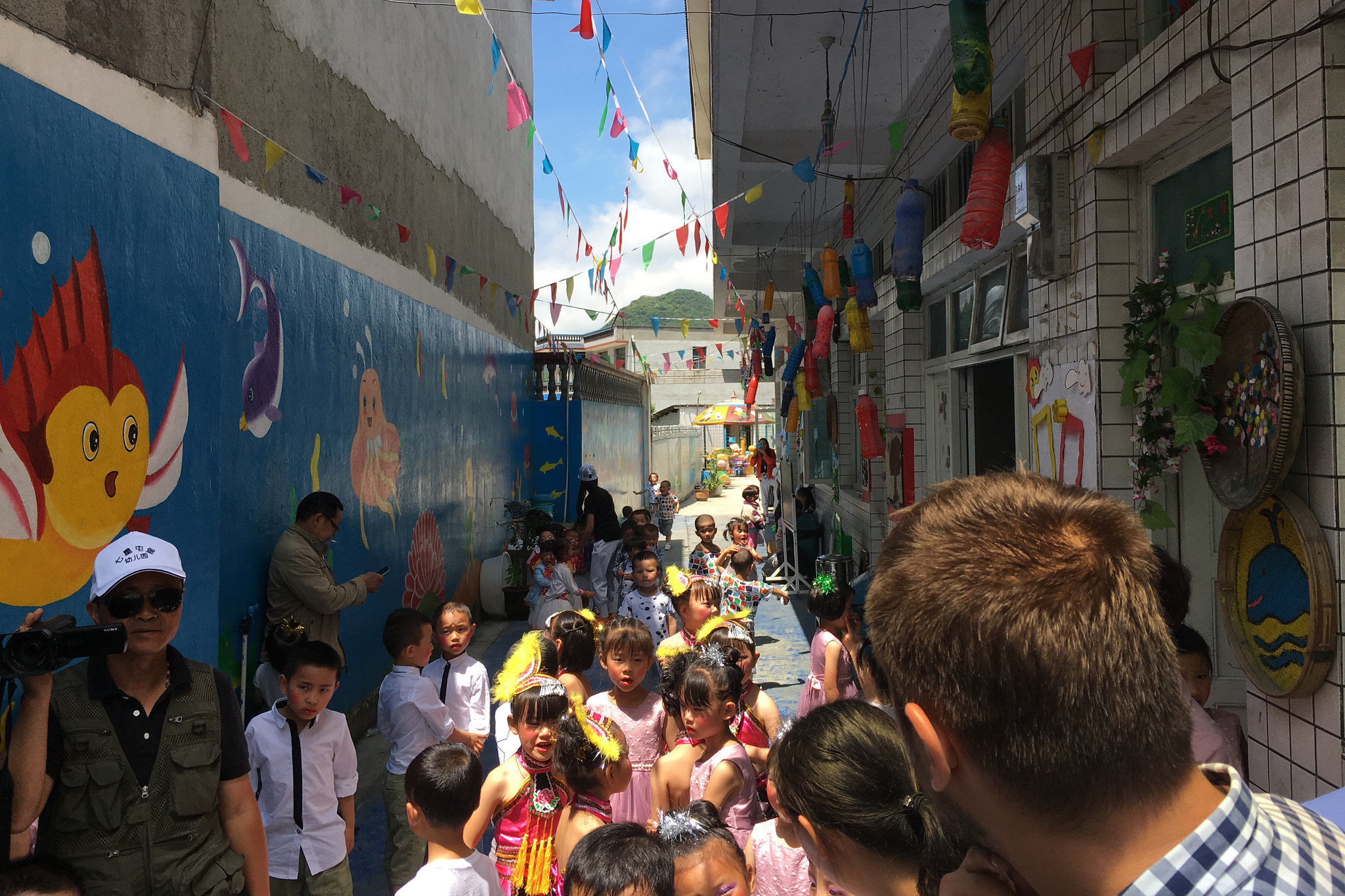 One memorable stop on my trip was at a kindergarten in a village in Guizhou Province. Before this moment, we had been in the house of a forge owner who wanted us to invest in his tourism development project. After that strange meeting, we were invited to visit a kindergarten that was run by the same people. We played with the kids for a few minutes, all while being filmed. When we tried to leave, they kept the gate shut for a few minutes while a man shook all of our hands on camera. 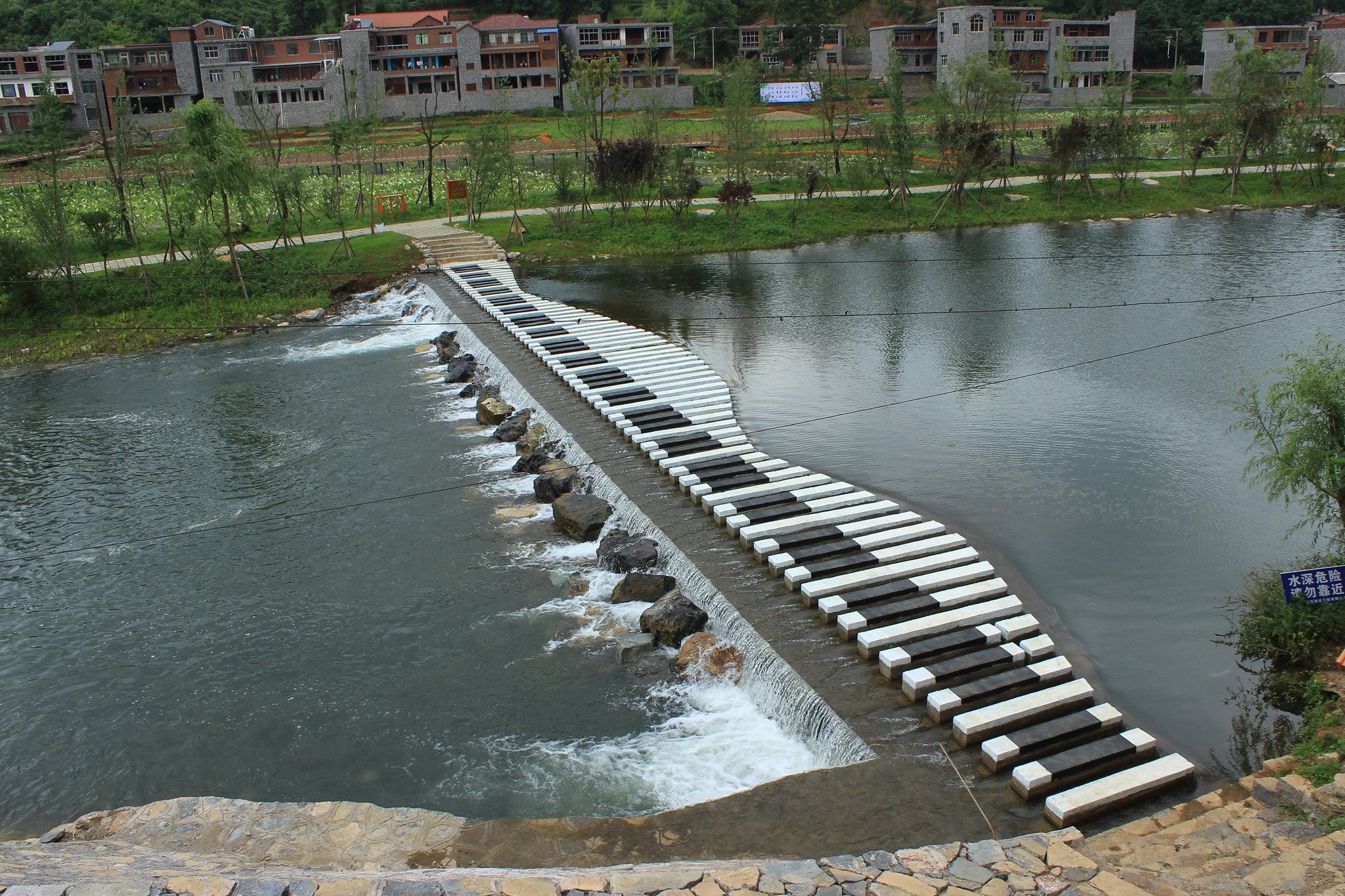 Like I mentioned earlier, tourism projects are a big deal in the villages. The village above was totally redesigned into a tourist paradise with houses that were much nicer then my own. It is interesting to think about the effects of the many projects like this in Guizhou Province. As tourism grows more and more every year, villages are redesigning themselves to please tourists, which abolishes the physical history that tourists are coming to experience in the first place. 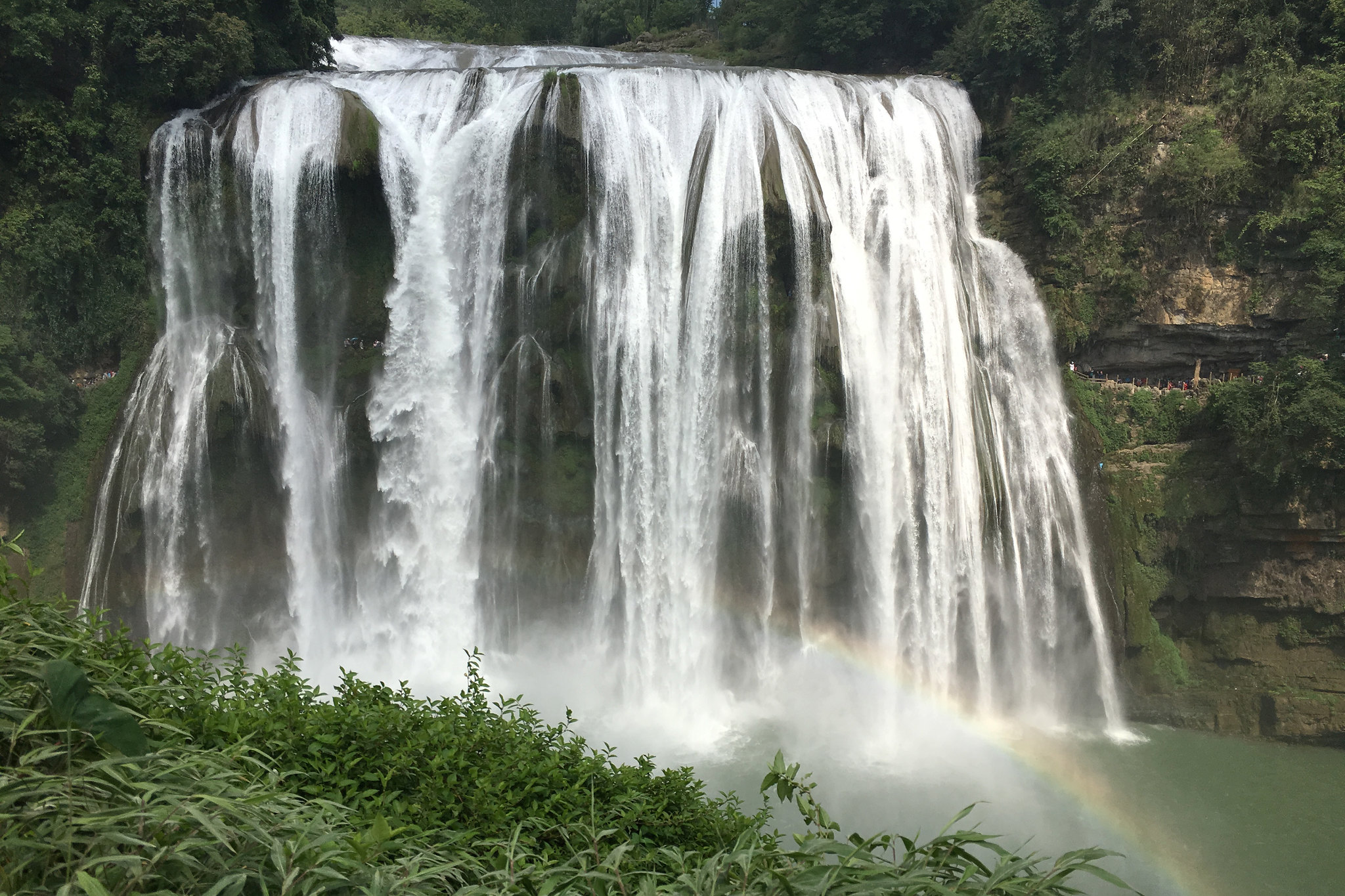 Natural wonders are also a big attraction in Guizhou. Huangguoshu waterfall is on of the largest waterfalls in Asia. 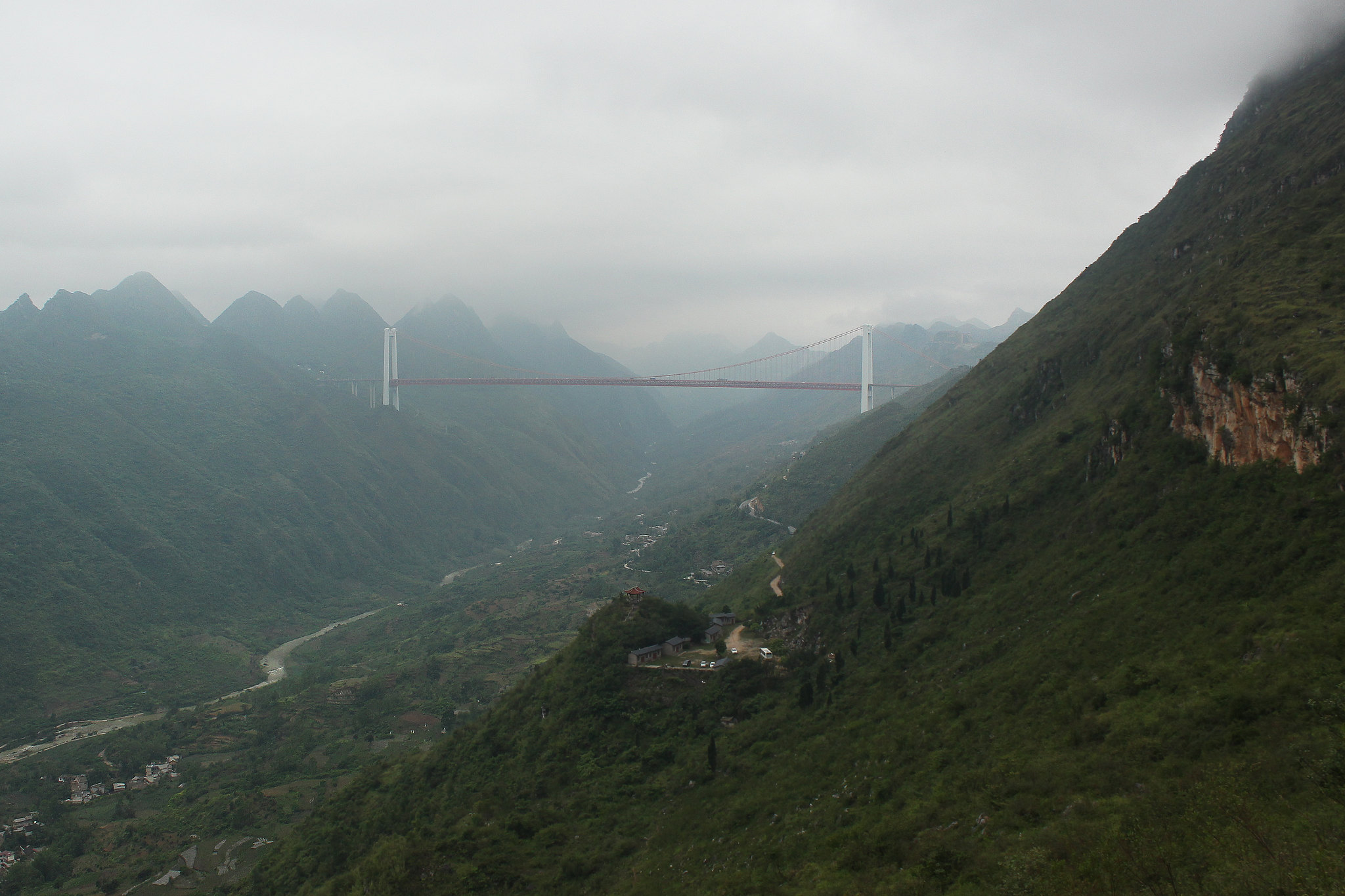 The Baling River Bridge in Guizhou Province is the 22nd largest suspension bridge in the world. 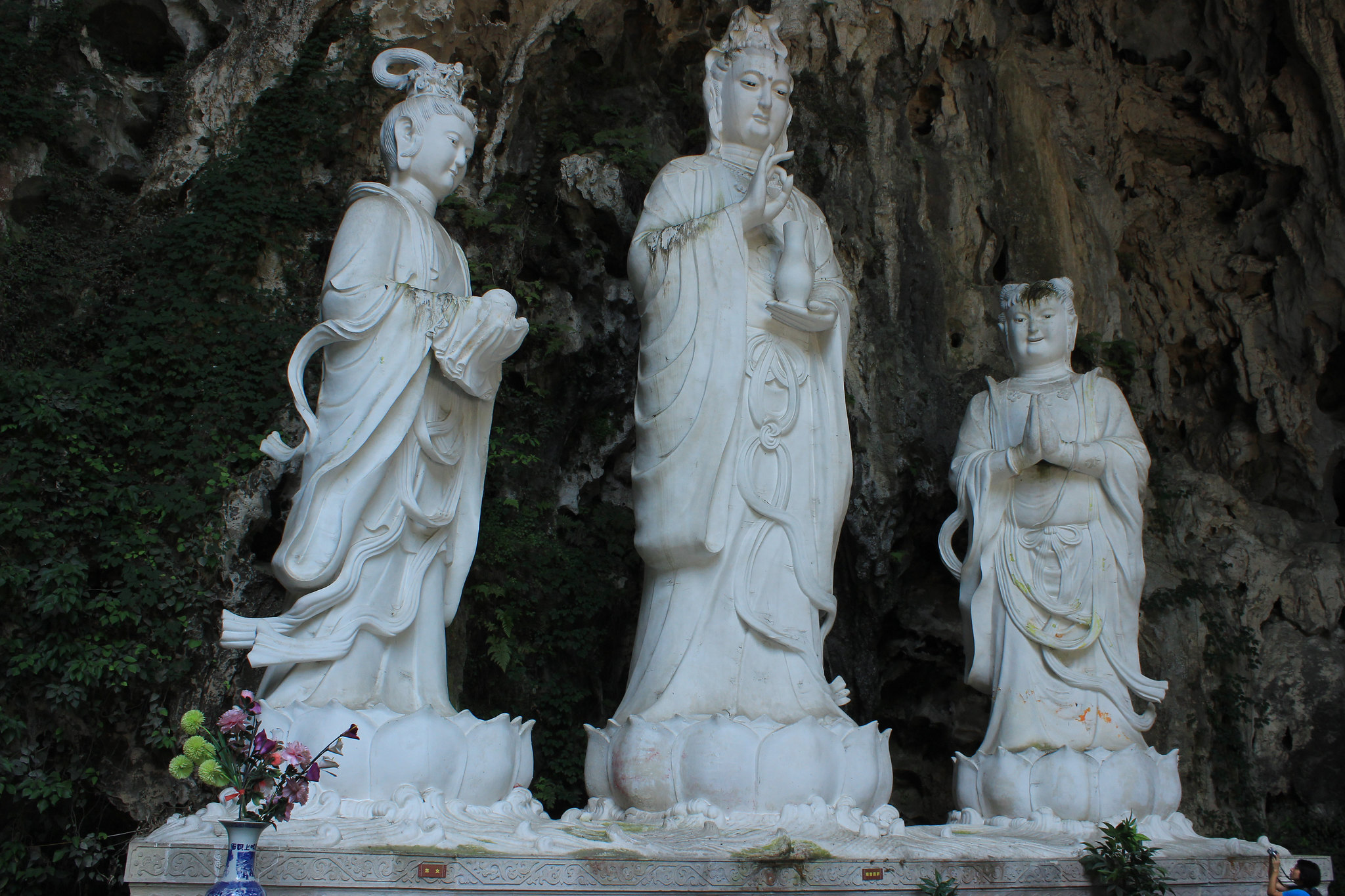 Massive Buddhist statues in a grotto in Guizhou China. Human in the bottom right corner for scale. 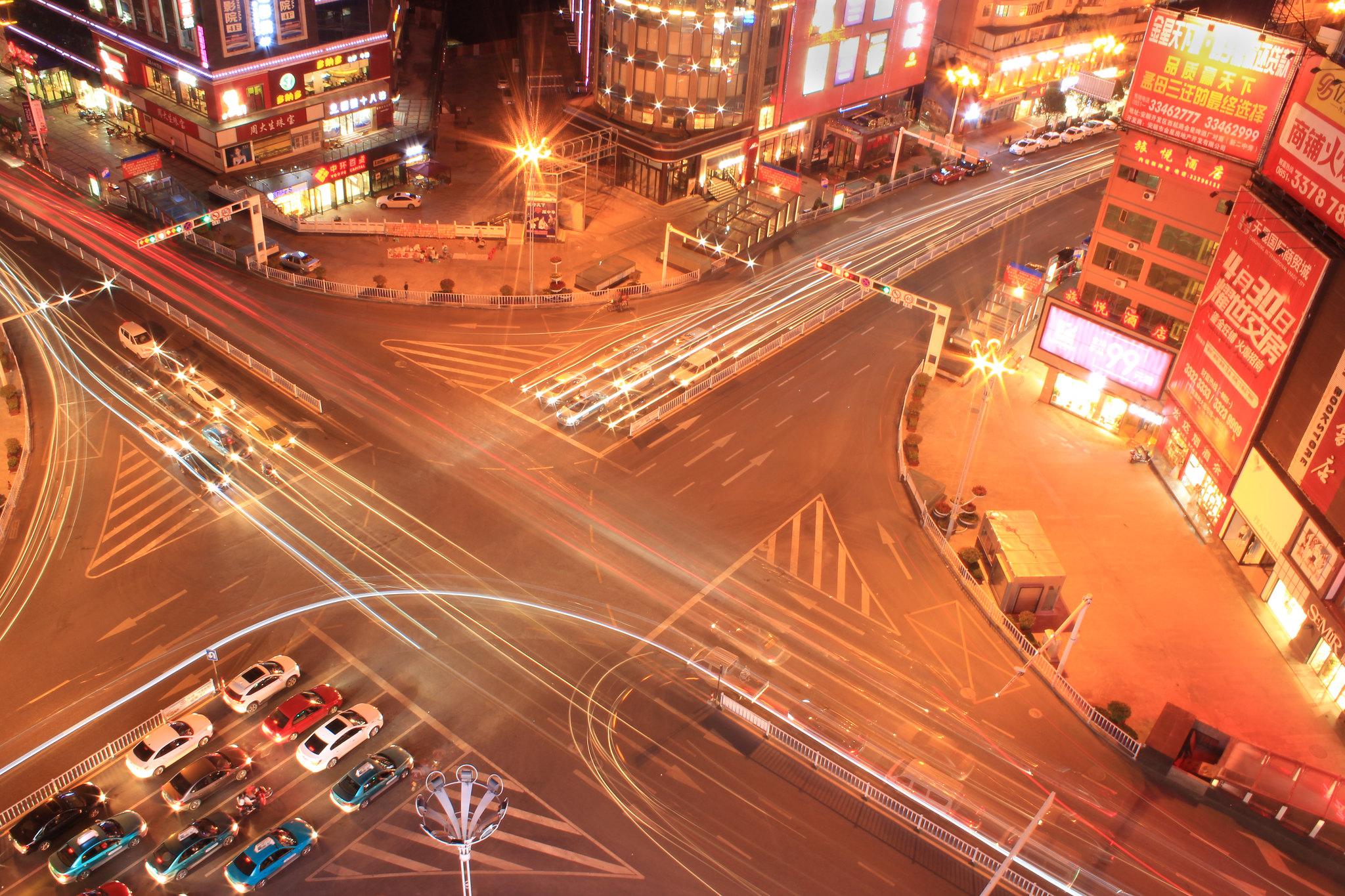 After the village home stay, we traveled back to Anshun. This is the view from my hotel window. This intersection was stressful to even look at. At any time of the day, pedestrians, mopeds and cars alike could be seen weaving through the intersection, often against traffic and without giving any signal. 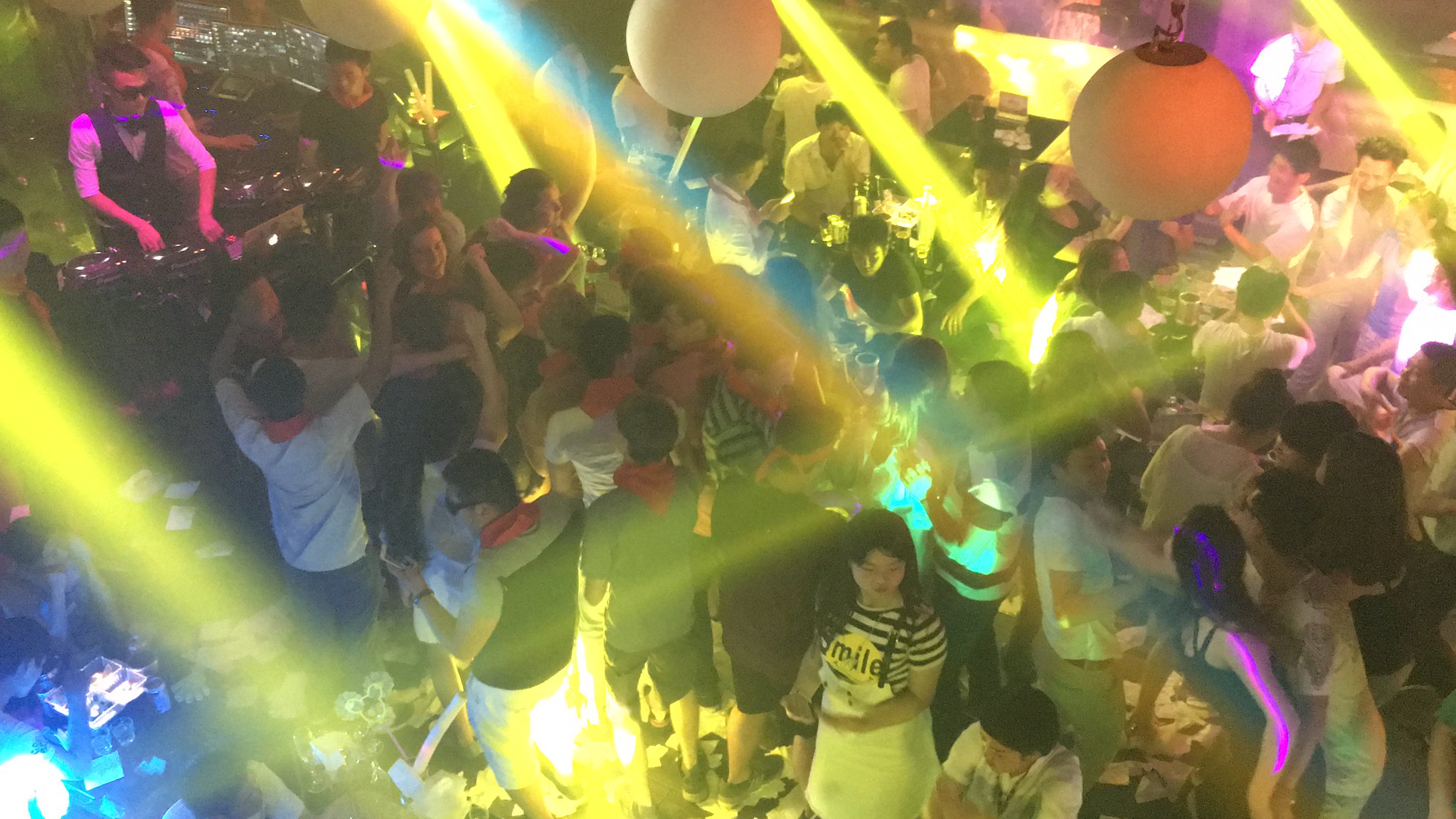 This night was unforgettable. Our group of twenty went to an underground dance club in Anshun. Since seeing Americans was such an oddity in this city, we were treated like celebrities. We were let in for free and given lots of expensive champagne and beer on the house. 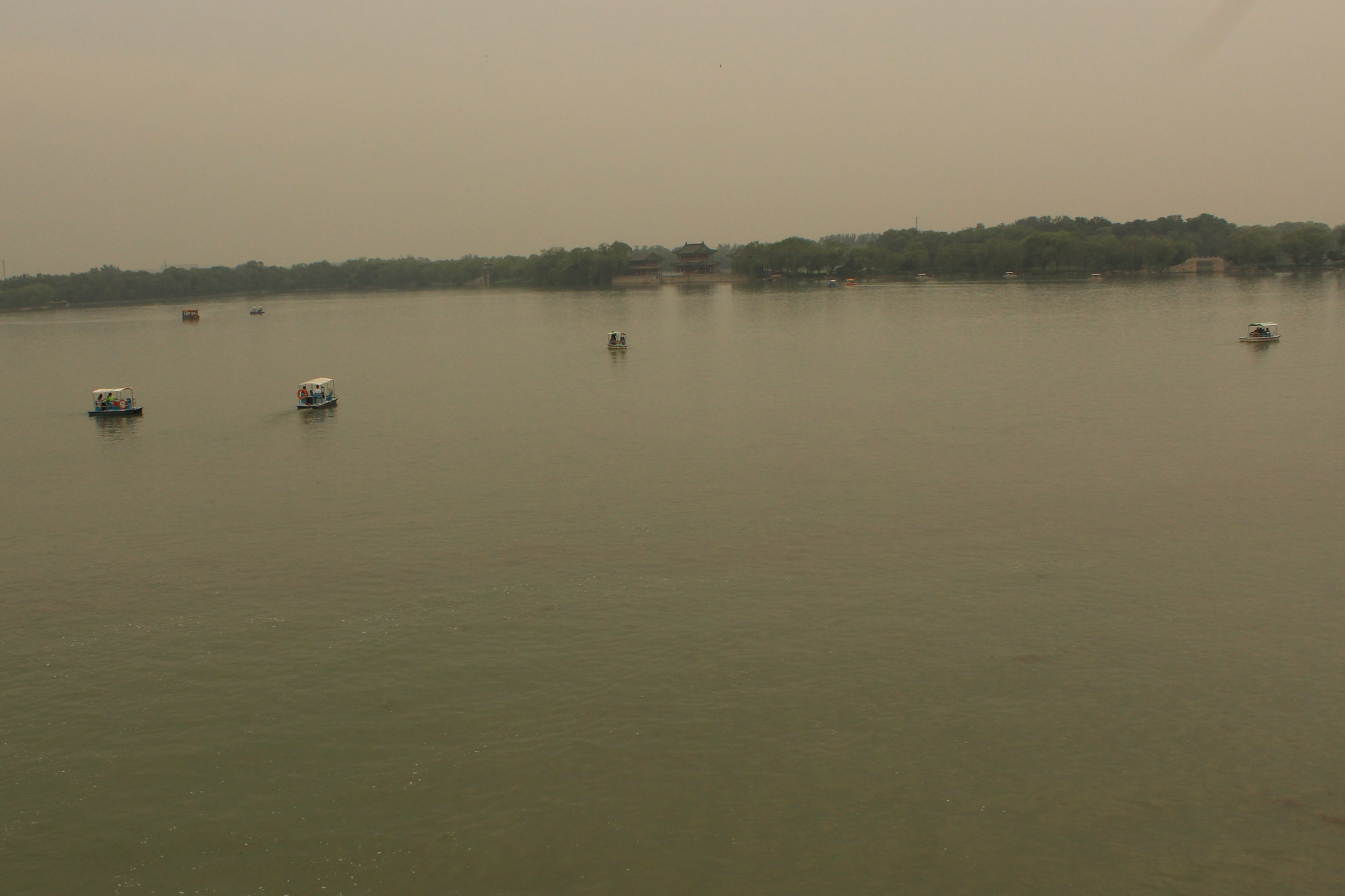 Back in Beijing for a few days, I visited the summer palace. It was crazy to see so much water in the man-made lakes around the palace especially since Beijing is facing an impending water crisis as the population grows. Areas of the city are sinking up to 4 inches a years because of ground water depletion. 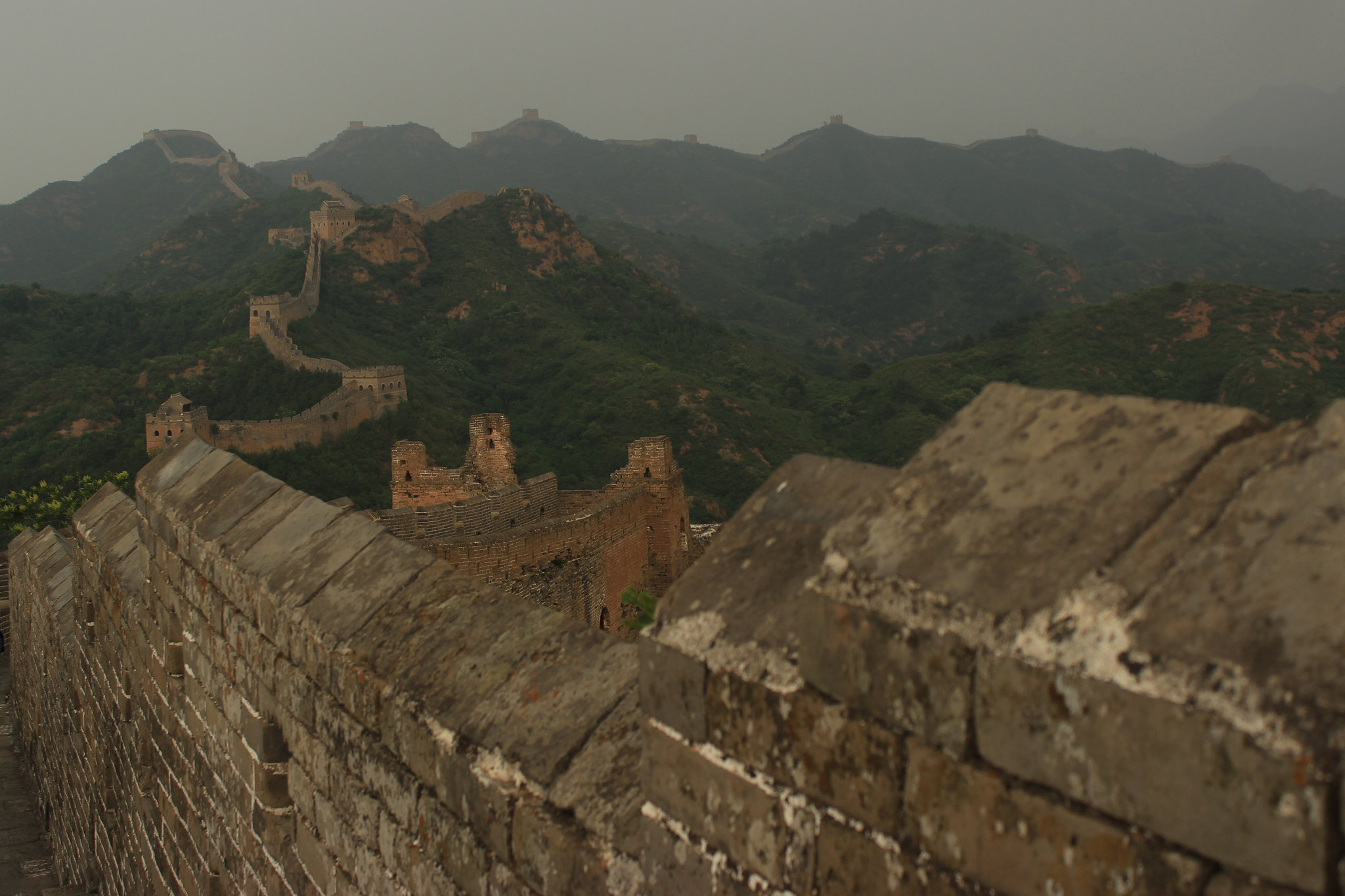 The final segment of my experience in China was traveling to the great wall. We spent an short afternoon on the wall before getting rained out. We then spent the night in a home stay under an older and more remote part of the great wall. 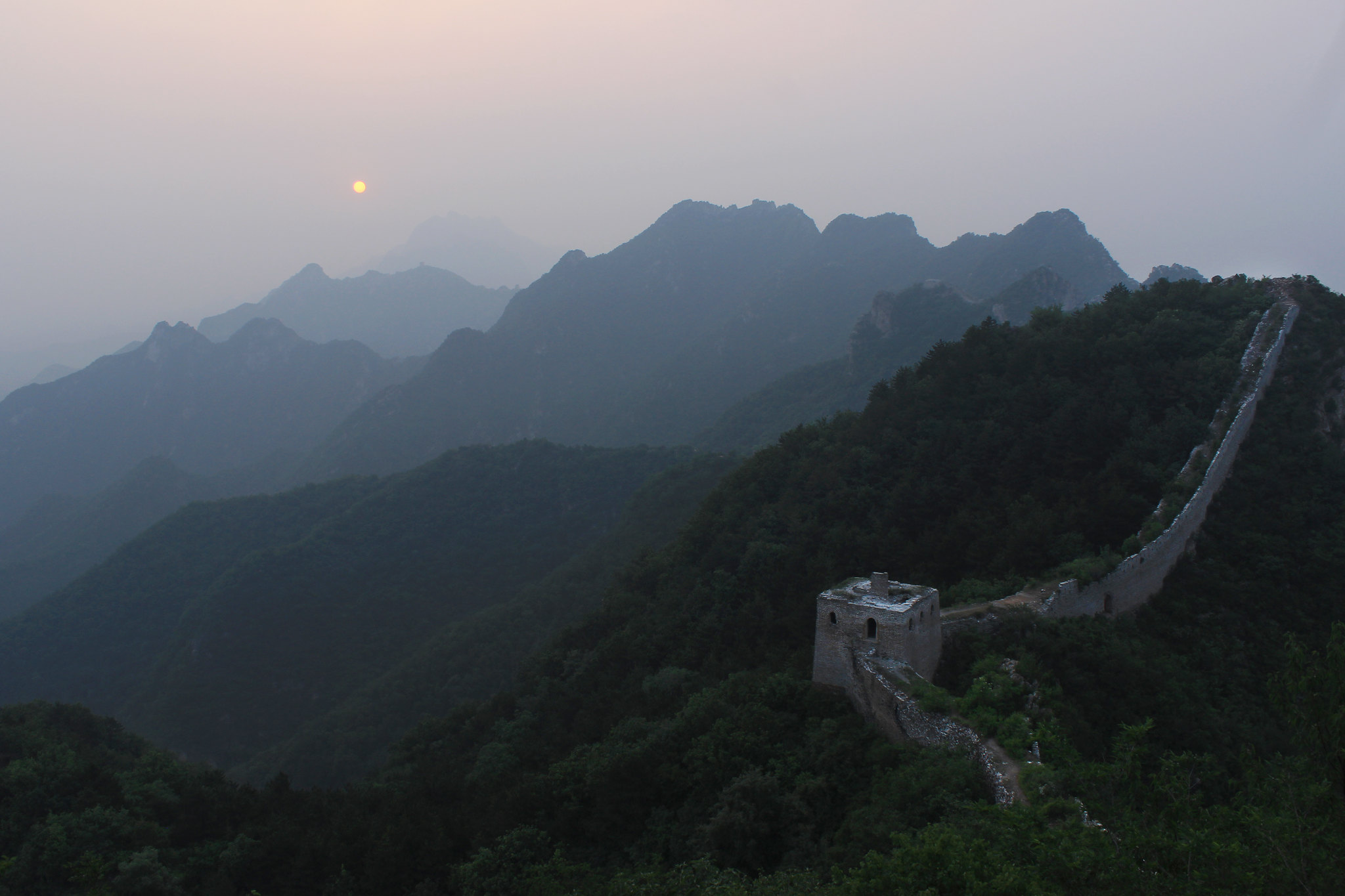 At 3:30 A.M., we woke up and hiked up to a high point on the deteriorating wall. Myself and a few others sprinted up the last segment of the hill to catch the sunrise on time. This view will forever be ingrained in my memory. The time I got to spend on top of this mountain was the perfect end to my life changing trip to china!

Keep an eye out for my second album from China, which will focus specifically on the people I met while I was there.